Quickly sharing a link to one of our most famous and discussed posts in our closed facebook groups.  I’m sure we will be discussing this at greater length soon.   Big thanks to Gail Reynolds Frank for pulling all this information together in such a handy, high demand post!

THE CONTENTS OF THIS POST OR ANY LINK SHOULD NOT BE CONSIDERED MEDICAL ADVICE.
SPEAK WITH YOUR PHYSICIAN FOR ALL MEDICAL CONCERNS AND INSTRUCTIONS.

Most recently bumped up discussion:
Keep in mind, I DO NOT REMEMBER EXACTLY WHAT DR. NASH SAID about why Dr. Burks used applesauce for a delivery vehicle. One reason was that it made the peanut more palatable–with the sugar-added version. It was in our first meeting so I was in surreal mode and did not follow the rest of the explanation clearly. So this entire post was in response to doctors and patients asking what the big deal is with applesauce v. liquid delivery methods. We asked Dr. Mayer and he mention polyphenols as “aid in digestion” did not make a lot of sense to him. Our science-seeking mothers researched all they could find and presented it to our groups. Gail summed most of it up in this post. But again, this is our best guess.

The folic acid/ natural folate is another example how a researcher told me they studied the connection with food allergy–trying to minimize reactions. The higher the folate in the blood, the lower the chance of reaction. However, they were hesitant to release their findings because they did not want to promote excessive use of synthetic folic acid because it’s linked to the formation of some cancers. Here is the balance act– and GREAT CONVERSATION STARTER with your OIT Allergist.

But nearly every private practice patient and study participant who experienced stomach issues at the earlier stages of dosing, and SWITCHED from liquid to applesauce delivery method, or pre-dosed or consumed the applesauce immediately following the dose, improved. How a few teaspoons of applesauce made a difference, still anyone’s guess? But it works so we stick with it.

Text and links from our infamous “Apple” post in our 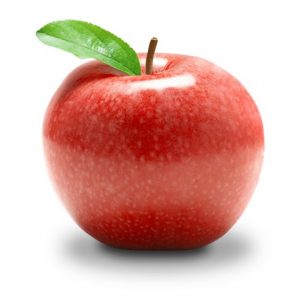 Apples, apples, apples! What is it about the magic of apples and OIT? In the original Duke protocol, Dr Burks picked applesauce as the medium for the peanut delivery. Liseetsa Mann preaches it endlessly.

Info taken from many OLD POSTS!

Apples are “polyphenolic foods” known to help with allergic responses.

From Dr. Chad Mayer DO regarding apple sauce helping with digestion:

Apples in all forms work wonders. There are a lot of journal articles and studies about this: it’s the polyphenols found in apples that can lessen or reduce an allergic reaction. There are tons of apple products so you can find something your child likes. Try different apple juices and ciders, even mixed with other fruit juices. Apple slices or baked apples in cobbler or pie, and of course so many flavors of applesauce and Go-Go Squeeze galore.

This is a study sponsored by Nestle:
http://www.foodnavigator.com/…/Apple-polyphenols-may-ease-f…

“Dr. Mansfield from TX, and Dr. Wasserman (TX) and maybe a few others were doing OIT before or at the same time as Dr. Burks. For whatever reason, Dr. Burks ascertained that the most successful introduction of the peanut into the allergic body was using the vehicle of APPLESAUCE. There is a Dr. Burks’ reason (can’t say “medical” reason because even Dr. Chad Mayer DO tried to figure it out– I should really call Duke about this again) why he used applesauce–more than making the peanut more palatable. Eventually he weened some patients off in maintenance and they were fine whereas Dr. Nash stays with applesauce and peanut flour throughout the increase and maintenance phase. Dr. Nash’s decision to continue applesauce or pudding in maintenance or higher doses is to CONTROL the exact dose of peanut– at the higher doses he’s not so much interested in pudding or applesauce. And even if your child hates applesauce, at lower doses he would allow you to try something else I suppose.

About 3 or 4 OIT allergists who were not using applesauce and seeing patient tummy aches at the beginning of OIT, switched to applesauce and as far as I know, only one didn’t respond favorably. I’m sure there must be more as they do not include me in their daily OIT activities–but in general the conversations have been super positive about adding the applesauce, stopping at 3mgs. of peanut the first day, and even not increasing every week–but two weeks instead– allowing the body more time on the same dose. Dr. Burks is awesome in so many ways and even though other doctors were giving it their best, he simply has more resources, manpower– STAFFS OF RESEARCHERS at various locations– to work out some of these details. I preach DUKE PROTOCOL because I get the least feedback on side-effects from patients/doctors using those methods. But also, more patients are using Dr. Wasserman’s protocol–which he tweaks as needed as well– because he HELPS more doctors get started. THANKFULLY!!!”

“Well, any time that you add something new to their diet every day–you will probably see a difference–even slight. Once they adapt–digestion not allergy–that will normalize. You should also be adding applesauce (for medical reasons I cannot remember and Dr. Mayer tried to help me figure it out and couldn’t see why it was so essential to Dr. Burks when he created the original Duke study.) Applesauce will inspire some change as well. But also, you should– “SHOULD”– be adding additional carbs such as crackers, bread, pasta for “comfort”/filler food with the dose. So the bready things could balance out the peanuts and applesauce. But again, the allergen in the body, notwithstanding all our opinions of controlling digestion and comfort, could do its own thing as they “learn” to accept it. Their body has to do the work ultimately and WE, as parents, are the vessels to make things as easy as possible. Hope that helps! It will all balance out eventually.”

“The RULES of OIT–some just parent-suggested–help with these effects–at least we like to think so… No exercise after two hours of a dose–just read, watch tv, play games–no running or bike riding or even walking in the hot sun.

Eating something bready like crackers, pretzels, bread… before the dose. LOTS of fruit for increased natural folate. Some take probotics (not sure what they are?). And APPLESAUCE is key with the dose for various reasons. One, it helps make the peanut flour more palatable. Two, I cannot remember-has something to do with digestion or helping the body accept it? I’m sorry–just cannot remember and Dr. Mayer has even tried to help figure it out? There was another reason for the Duke study protocol to include applesauce as the vessel for the flour. Eli would eat crepes and fruit or something similar for breakfast. A banana before almost every dose and certainly increase. Applesauce with the peanut flour dose. And pretzels, crackers or dry cereal and juice after the dose. He was usually so full of food when he left Dr. Nash’s office, he couldn’t fathom eating dinner.

Do not dose when you have a fever and/or sick–depending on your doctor. Eli has had a cold for a few days and has skipped his dose for a few nights. Other doctors would just have him decrease the dose. Just depends…

And it goes without saying that you must have epipens just in case something should happen.

The most important thing you can do when going through OIT is communicate with your OIT allergist. They need to know what is happening to you so they can help you through it.”

“Duke protocol doses once a day and increases every two weeks. It takes a year for increases and another year on maintenance before a food challenge. Then “maintenance” of course is maintained for life. Dr. Burks’ design of this protocol was ON PURPOSE to avoid potential side effects that would interfere with the child’s progress in treatment. OIT doctors following Dr. Wasserman’s protocol handed down from Dr. Mansfield tend to dose more frequently–daily, weekly, etc… Dr. Baker might be even more up tempo. The common belief is to keep things moving but MY belief is just the opposite– give them enough to matter but not enough to have any side effects. If you have any problem in OIT with the Duke study descendant doctors, doses drop to the previously accepted level– absolutely not one problem before increasing. So if you have reflux, you drop and stay there until they balance out. Dr. Nash says, “If it’s manageable, fine. If it keeps happening, we’ll have to do something about it.” Which is lowering and slowing doses down.

I’m guessing you are feeding bananas before, applesauce with, and crackers and juice after doses? Comfort food. Foods high in natural folate– carbs– all seems to help. Dr. Nash disagrees with me that the manipulation of diet matters but parents swear by it.”

“I always suggest stopping at 3mgs. first day–stay for two weeks. Consume applesauce with the dose. Banana before– crackers or pretzels and juice after. Increases every two weeks if things went well. Then they jump up. if they handled those doses well. Yes, there is a wait period but two hours fly by when you are playing games and watching movies.

Mary Ann Lila, author of a study in the ACS Journal of Agricultural and Food Chemistry, says that the milled roasted peanut flour currently used in OIT can have side effects. Her team is developing a new type of flour that can help control food allergies without these effects. They are using cranberries as a polyphenol agent instead of apples.”

“In 2010, Nestle scientists published an animal study that found that polyphenols extracted from apples may reduce or prevent a response to food allergens. Dr. Annick Mercenier and team theorize that the substances may reduce the release of an allergic mediator by cells called effector cells, which are white blood cells activated by the presence of an allergen. Or the polyphenols may bind to the allergen itself, changing its structure and reducing the allergenicity of the protein.

Lila’s team is using a polyphenol from a different fruit (cranberry) with the hope that the same beneficial response will be seen in humans.”

Effects of Polyphenols on Mast Cells and Neutrophils:

“Polyphenol-enriched apple extracts have been shown to be useful for preventing and treating allergic diseases because they inhibit the binding between the IgE antibody and FCER1, which is the first key step in the allergic reaction mediated by mast cells….Green tea polyphenols have been shown to ameliorate the dysfunction in many diseases which affects the immune system.”

“Recent evidence has brought to the spotlight plant-derived polyphenols as a promising tool to prevent allergy. The worldwide increase of allergic disease, probably relying on many factors including immune response to stressors and its loss in complexity, environmental pressure by pollutants and chemical allergens, changes in lifestyle and lifespan, failure of conventional treatments to prevent and treat allergy, has strongly suggested people to refer to healthy promising nature-derived compounds, most of which contained in fruits and vegetables, e.g. in daily diet. Phenolic acids and polyphenols, such as flavonoids, are the best studied natural substances known to possess an anti-inflammatory and anti-allergic potential. Used as nutraceuticals, these compounds are thought to dampen the onset of allergic inflammation, by acting on several immune cells, but concerns still remain about their real employment by the organism who assumes polyphenols through diet, because of their bioavailability, gut transformation and pharmacokinetics. Other issues deals with the wide panoply of actions played by these compounds within cells, which has hampered a clear comprehension of their action on cell molecular signaling and function. In this review, special emphasis is placed on the effects of dietary polyphenols on allergy prevention, the possible mechanism of action of polyphenols-containing food and future perspectives for pharmacology design.”

Note: Edited to delete content from A.C. who requested her comments be removed.